> OPSI Blog > What are the government capabilities needed for 21st Century challenges?

What are the government capabilities needed for 21st Century challenges? 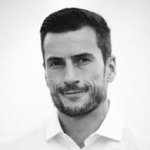 Written by Benjamin Kumpf, Innovation Team Lead on 4 May 2021

Editor’s note: This is a guest blog by Benjamin Kumpf, Innovation Team Lead in the OECD Development Co-operation Directorate and was co-authored by Angela Hanson and Alex Roberts. It summarises the event ‘Government Capabilities for 21st Century Challenges: What Types of Innovation Do We Need’, co-hosted with the Observatory of Public Sector Innovation on 21 April, 2021.

The governments of tomorrow cannot be the same as the governments of yesterday. Change is needed – but what sort and what capabilities do governments need to manage that change successfully? This post provides some reflections on that question from a recent event supported by OPSI and the OECD Development Co-operation Directorate Innovation Teams.

All countries are in transition

Across the globe, governments share important characteristics, constraints and comparable ways of working. They also share challenges that transcend national and administrative boundaries. Notably century-defining challenges such as the global climate and biodiversity crises as well as the unprecedented pace of technological progress and its impact on economies and societies. The endorsement of the Sustainable Development Goals (SDGS) in 2015 by virtually all countries was also an acknowledgment that the post-World War II classification of the world in ‘developed and developing’ is ripe to be decommissioned. Deep transitions need to happen in all countries, regardless of its low, middle or high-income classification.

The trajectories of these transitions are, however, distinct and there are evidently stark differences between high, middle and low-income countries’ needs and constraints. Even when there are evident differences, comparisons can be insightful and revealing. Something that government innovators do differently in one country can inspire people in another to change. Bringing together public sector innovators and other change makers from across country typologies to discuss shared challenges and learn from each other is also a small step to transforming development from more traditional resource transfer models towards genuine global co-operation based on mutual learning and partnerships.

So on 21 April, the Observatory for Public Sector Innovation and the OECD Development Co-operation Directorate Innovation Team brought together more than 130 government innovators to virtually discuss which capabilities might equip governments to adequately address 21st century challenges. Watch the recording here.

The event was framed by the main hypothesis of Jaideep Prabhu: in this century, the traditional question whether government should be big or small is no longer relevant. In light of the rapid technological progress in technology and organisational design principles, the essential business of government is changing. It needs to be “both big and small, generous and frugal, deeply involved in the lives of their citizens while stopping short of meddlesome intrusion.” In his new book ‘How A Government Should Be’, Jaideep Prabhu argues for a set of distinct capabilities that equip governments across the globe to be frugal and generous simultaneously. Notably, governments need to be responsive, experimental, entrepreneurial and innovative.

These capabilities are reflected in the innovation facets models, developed by OPSI. It contextualises the different purposes of innovation, from gaining efficiencies and delivering trustworthy public services, to delivering on broad societal challenges like climate change, to responding and adapting to new realities, such as the COVID-19-affected world.

Lessons from around the globe

At the event on 21st April, government innovators from a range of countries shared their experiences with advancing distinct capabilities and addressing complex challenges. Anir Chowdhury, lead of the a2i Lab in Bangladesh reminded the audience of some of the real-world challenges of public sector officials and – innovators in many middle and low-income contexts: power outages, a lack of IT hardware and applications. He emphasized how deliberate investments in innovation capabilities within government helped to drive pro-poor innovations across sectoral and administrative boundaries. A key component in engaging public sector officials in innovation is empathy: it serves as a corner stone of trainings and catalysed service delivery mechanisms that made essential public services available to citizens in least time, cost and visits required to access these services.

The founder and the managing partner of the Makers Asylum India highlighted the centrality of grassroots innovation – and underscored the need for 21st century-ready governments to be entrepreneurial. Vaibhav Chabbra and Richa Shrivastava shared how the Makers Asylum filled an urgent gap in the COVID-19 response in India. Shortly after the outbreak of the pandemic, supply chains for personal protective equipment (PPE) were interrupted. Health sector officials issued calls for support and innovators from the Makers movement created a nationwide network and produced more masks at scale. 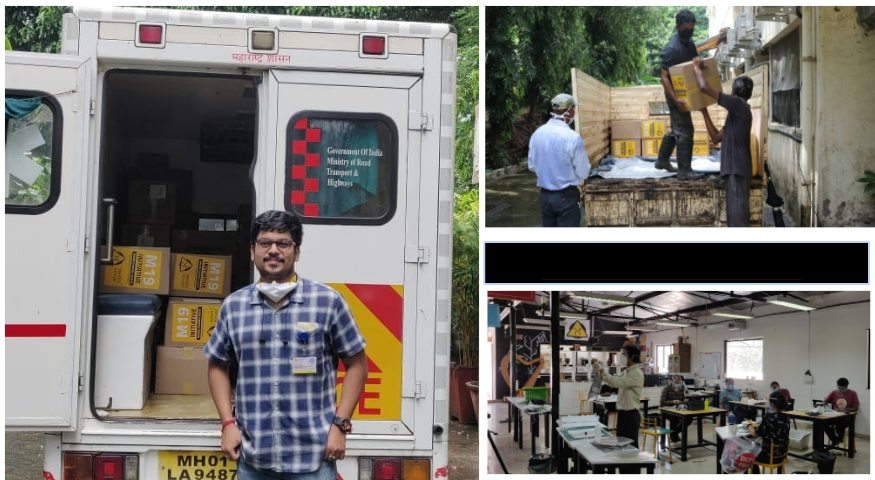 The Makers Asylum filled an urgent gap in the COVID-19 response in India. Shortly after the outbreak of the pandemic, supply chains for personal protective equipment (PPE) were interrupted. Health sector officials issued calls for support and innovators from the Makers movement created a nationwide network and produced more masks at scale. Photo credits: Makers Asylum

A new paper by the OECD Development Co-operation Directorate Innovation Team also explores the role and function of innovators and innovation ecosystems in low and middle-income countries further. It argues that innovation investments in international development need to be strongly focused on innovators in low and middle-income countries. This focus should be “a vital part of transforming development from resource transfer models to genuine global co-operation based on mutual learning and partnerships, with funders playing context-appropriate roles including as facilitators, ecosystem conveners, and intermediaries in the innovation process.”

Ammaaraha Martinus, Director of Policy, Research and Analysis of the Western Cape Government in South Africa, highlighted how experimental approaches can help governments take evidence-based decisions and save costs. She shared how the Western Cape government pioneered behavioural insights approaches to empirically test the effectiveness of growth-mindset interventions, along with reflections on how to bring experimental ways of working from the edge to the core.

Micco Gronholm shared reflections on one of the most difficult capabilities and types of innovation: anticipatory innovation, which involves engaging with future possibilities and unknowns while understanding what could and should be the role of governments to intervene. In his role as Head of Future at the city of Helsingborg, he manages a portfolio of diverse experiments to ‘learn the future into being’. Together with OPSI, and with other OECD teams, Micco and his team are actively exploring these questions through the collaboration in the Anticipatory Innovation Governance project.

The event raised questions on the role of leadership to enable meaningful and sustained innovation within government, along with the challenge to adopt new ways of working – to bring the newer methods and processes that have proven their value from the edge to the core.

Other questions focused on the challenges scale, and notions of scaling-deep, scaling-up – and scaling-out. The latter describes the adaptation of promising approaches and solutions in other contexts.

This is an area of ongoing investigation and exploration. We at the Development Co-operation Directorate Innovation Team and at OPSI will continue to collaborate to better understand the capabilities needed for 21st Century governments and how or if they might vary depending on the different journeys of different countries. We invite you to watch the webinar, to read the recent paper on innovation in low and middle-income countries  and to contribute your thoughts or responses as comments below.