From a Western perspective, the practice can also refer to building of political economies that are more democratic and inclusive.

The recent United Nations Sustainable Development Goals have defined international goals for both developing and developed societies. There has been a significant shift in international development over the past decades to focus on defining and solving problems as close to people’s experience as possible, a more hands-on practice. Public-private partnerships and impact investing have challenged the traditional roles of international development work. While governments are usually involved, often non-governmental organisations, international aid programs, foundations, civil society organisations and institutions often take the lead on projects.

Public policy and innovation in the public sector often assumes certain types of democratic structures, access to resources, level of organisation, and international relationships. Toolkits and resources developed outside of this context may need to be adapted to suit this different operating environment. On the other hand, using international development toolkits in developed country context can be a good way to check assumptions on what structures are considered stable. Just because a developed country’s health system is functioning, thinking about its fundamental functions can be illuminating.

What to consider when choosing an international development toolkit

Many of the toolkits developed for international development work were created by not-for-profit organisations, philanthropic organisations, and international non-governmental organisations (NGOs) and may be designed around a particular topic, such as health or water access. Also, they tend to have a systemic and national-level focus. As a result, the toolkits will have less of an entrepreneurial focus than others (such as those from the Product Design practice) and will focus on stakeholders outside of government as the main actors in making the innovation happen. View all international development toolkits.

See how other governments are doing this work

View all toolkits for International Development

The International Federation of Red Cross and Red Crescent Societies

The resource was developed for IFRC and National Societies to develop their literacy around data, but it could easily be...

DemTools is a suite of free, open source software solutions developed by NDITech and distributed for supporting democracy building efforts... 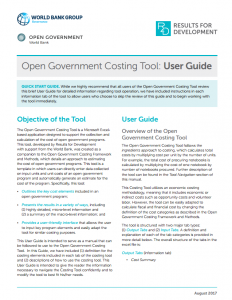 The Open Government Costing Tool is a Microsoft Excel based application designed to support the collection and calculation of the... 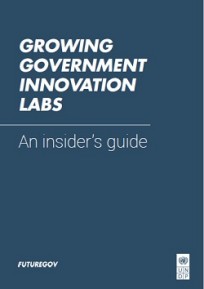 This resource gives the real story of how government innovation labs develop in the development context in Eurasia, Asia and... 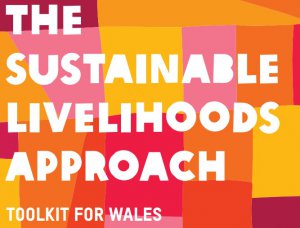 The Sustainable Livelihoods Approach (SLA) is a method of analysing and changing the lives of people experiencing poverty and disadvantage.... 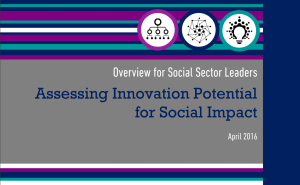 The resource is intended for those working in the international development or social impact space to assesses the future impact...