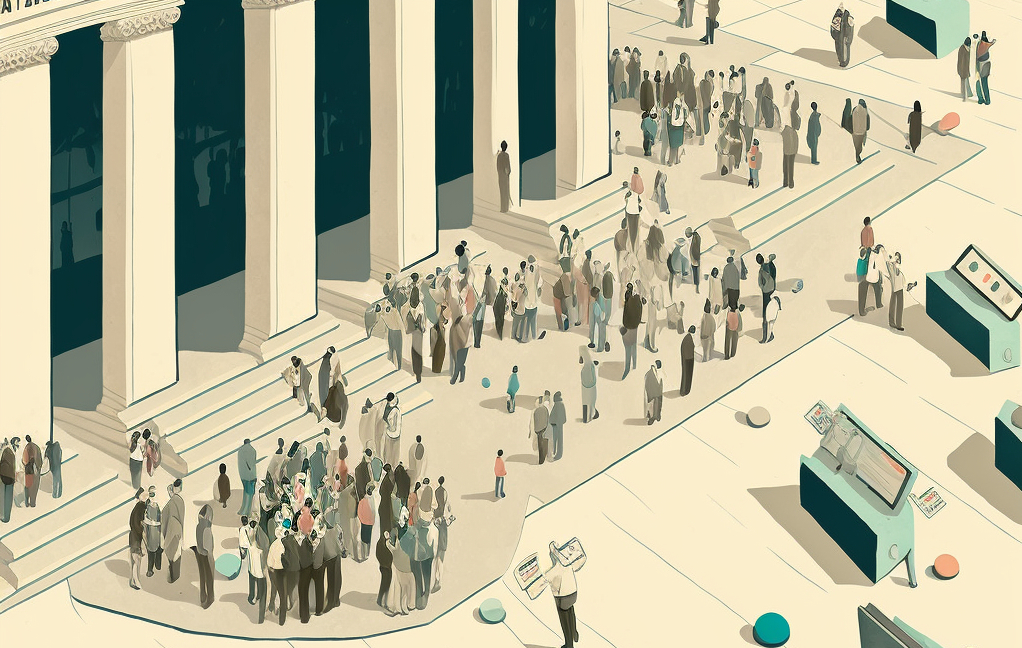 What do public administrations have to do with digital startups? A priori not much, given how diametrically opposed their institutional cultures, their value metrics, and their corporate goals are. But this is rapidly changing, boosted by the post-pandemic digital acceleration. Last November, the global govtech summit organized by the accelerator Public gathered in The Hague to take stock of the global state of play of govtech ecosystems. The concept of govtech refers principally to the use of emerging technologies and digital products and services by governments sourced from start-ups, scale-ups, and small and medium enterprises.

In a complex period marked by multiple, overlapping crises, more and more governments are exploring new forms of collaboration with digital startups to accelerate the transformation of their administrations and speed up the integration of new technologies in the public sector, fueled by developments in data analytics, artificial intelligence and machine learning. The post-pandemic recovery requires more agile delivery of public services and user-centered government services.

However, the long times and administrative complexities of government procurement are often antithetical to the speed and creativity of digital entrepreneurship ecosystems. In fact, many of those startups that seek to work with the administrations succumb in the attempt, in what is called the “valley of death.” According to a recent study by Gartner, a technology consultancy, the purchase of technology in the public sector lasts, on average, 22 months. This is three times more than in the private sector.

Govtech ecosystems offer a new type of public-private partnerships to tackle enduring policy challenges and delivery bottlenecks by facilitating the uptake of digital innovations in government administrations, particularly in local governments. This newfound interest of governments in these public purpose technologies is due to a conjunction of factors.

The first is linked to the growing demand for innovation by the government administrations and local authorities that, at the same time, finds a greater supply of innovation by a new generation of digital entrepreneurs with a public vocation. These new “public ventures” seek to achieve social impact by resolving public problems and service delivery challenges, be they called civictech, edtech, healthtech, fintech, regtech, urbantech or greentech. Their dynamism is not only confined in more mature digital economies, but also emerging economies seeking to leapfrog digital transformation, such as in Latin America, according to the govtech maturity index developed by the Development Bank of Latin America, CAF. Indeed, for Idoia Ortiz de Artiñano, a visionary govtech entrepreneur “Latin America is the next frontier for govtech.”

The other factor is the rapid growth of the public market for government technologies, driven by the rapid digitization of administrations. In fact, the public sector is the world’s main buyer of technology. According to Gartner, the global market for government technology will reach 566 billion dollars in 2022, a growth of 5% compared to 2021, when it had already grown 9.1% compared to 2020. It is expected to exceed 600 billion dollars in 2023. This growth is mainly driven by the purchase of digital services and software.

Governments – national and subnational – are increasingly investing in agile and open innovation, and working with these public-minded startups to develop new solutions to old problems. Through the development of public challenges, government agencies go to the start-up market to seek solutions to specific problems that have the potential to be deployed and scaled.

Countries as diverse as Singapore and Colombia, Denmark and Germany, Britain and France, Poland and Lithuania, have deployed govtech labs, incubators and funds. In Luxembourg, for example, in 2019, the Ministry for Digitalization created its GovTechLab, a public innovation accelerator that seeks to generate a culture of agility, experimentation and collaborative governance, according to our recent review from the OECD. Similarly, Spain’s digital transformation strategy España Digital 2025 foresees the creation of a GobTechLab to incubate digital solutions in government administrations. For Carme Artigas, Secretary of State for Digitization and Artificial Intelligence of Spain, “we cannot modernize the economy if the public administration is not modernized; if this is not done, we will have a 21st century administration with 19th century processes.” In Colombia, with the support of the Development Bank of Latin America, the MiLab innovation lab has been developing govtech solutions with a public impact through open challenges.

Govtech ventures are pespecially relevant at the local level to solve concrete problems of citizens in their dealings with local bureaucracies. The GovTechLabMadrid of the provincial government of Madrid was the first govtech lab powered by the govtech accelerator Gobe. In the midst of a pandemic, 10 public challenges were launched for municipalities to pilot agile solutions, both in large cities such as Madrid, Las Rozas or Alcabendas, as well as small municipalities in the Sierra North. Likewise, the provincial government of Bizkaia recently launched its govtech accelerator, GovTechBizkaia. Over the next 3 years, it will work on 15 public challenges for its departments.

In particular, cities have embraced govtech ecosystems, partly to foster and leverage local tech entrepreneurship.  Cities such as Madrid, Bogotá, Monterrey or Córdoba have developed their own govtech programs. For Madrid, working with startups is already part of its digital strategy to provide “more agile digital services in times of disruption,” according to Fernando de Pablo, the city’s chief digital officer. With support from the European Commission, Madrid will develop the first govtech incubator, starting with 6 challenges to pilot innovative solutions. With the support of Bloomberg Philanthropies, Bogotá has been strengthening its open innovation ecosystem with the creation of the Bogotá Public Innovation Lab and the District Data Analytics Agency (Ágata) to improve district public management. In Monterrey, the Secretary of Innovation and Government promotes digital innovation to streamline municipal services, partnering with govtech startups.

For its part, Córdoba developed an ambitious digital public innovation program through an investment fund in startups and scale-ups to streamline municipal administration and urban management, the Córdoba Smart City Fund, the first municipal venture capital fund for investment in govtech in Latin America. Financed by a local tax and supported by multilateral development banks, its first round of investment in October 2022 included 10 startups for almost $1.2 million. In addition to contributing to modernize administrations, these initiatives support local micro-entrepreneurs to develop digital solutions for administrations. For its mayor Martin Llaryora, it is about “being disruptive. This is a political decision: we are committed to innovation… We want to hack the way in which the municipality moves.” It is thus no surprise that multilateral institutions such as the Inter-American Development Bank are investing in govtech ecosystems in cities in Latin America, though the GovTechLatam initiative launched in 2022.

At the govtech summit in The Hague last November, it was asked whether the wave was already passing. The conclusion reached by the participants was however the opposite: this wave is only beginning to rise. Govtechs and their civil society sisters, civic-techs, are central to renewing democracy in the digital age, as digital transformation ministers stressed at the OECD summit on trust and democracy by launching an initiative to reinforce them.