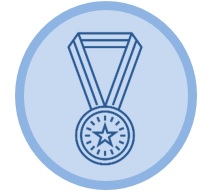 CONSUL is an online platform for public participation in decision-making, launched initially by the Madrid city council and subsequently adopted  by several governments all over the world. The platform benefits from its open source code, making it free for any government, or CSO, to make use of it and propose improvements. CONSUL is designed for citizens to voice their concerns and participate through the development of proposals, votes for new laws, debates, crowd laws, participatory budgets and consultations.

In 2011, the 15-M Spanish indignados movement brought thousands of citizens out to the streets demanding a better democracy. The cries for “we want a real democracy” followed several pervasive issues in the country – notably, the financial crisis, housing crisis, high unemployment rates, lack of job prospects for young people, corruption, and a sense of lack of political legitimacy of democratic institutions. This movement sought to improve democratic processes and institutions, especially by increasing transparency, accountability and participation. As a result, the city of Madrid was set to find a new way to engage with citizens and promote an active participation in matters of public life.

Following the decline of trust in public institutions propelled by a series of corruption scandals in Spain, the Madrid City Council developed the CONSUL software and launched it in Madrid under the name Decide Madrid in 2015. Decide Madrid is the official open governance platform serving as a one-stop shop for all official open governance processes in the municipality, including issues of transparency, open data and participation. The platform has many distinct areas for participation – namely, through its features providing spaces for debates, citizen proposals and participatory budgeting. As argued by Sam De Jhon from the Gov Lab UK: “The goal is to empower citizens, promote transparency and foster open government practices”.

The platform follows a very user-friendly approach, notably through its citizen proposals module by submitting, supporting and voting initiatives. Decide Madrid allows citizens to propose new local laws through a simple questionnaire. Subsequently, other local residents (aged 16+) are able to support their favourite proposals and prioritize the most interesting and relevant proposals. Proposals that receive support from at least 1% of the population are sent to the final voting phase. Finally, registered users can contribute to the debate on the select initiatives, vote for or against motions and provide additional comments.

Even though proposals receive a majority support in the voting phase, these initiatives still have to go through a process of revision by the Madrid City Council. A 30-day study of any such proposal is made, with a thorough evaluation of the legal, competence and economic feasibility of the initiative to determine if it will be approved. If the report rules in favour of the proposal, an action plan is written and published. In case of a negative review, the Council is responsible for drafting an alternative proposal to address the issue, or publish the reasons preventing its full implementation.

Other channels of participation in the platform include:
- Consultations: The government may submit important issues to consultations, as it has been the case in Madrid for the redevelopment of the main square of the city, building a pedestrian friendly space on the main road or the redevelopment of 10 different squares of the city.
- Crowd-law: All the main regulations are published in the platform. Citizens can select sentences or paragraphs and make comments, as well as to support other comments.
- Participatory budgeting: Each year citizens of Madrid decide how to spend 100 million euros of the municipal budget. Citizens propose, select and vote the most interesting projects.
- Debates: There is an open space for citizen debates, where citizens create and prioritize the most interesting issues, defining their own city agenda. This is used as a space for citizen engagement and community building, as well as for citizen interviews with politicians.

What Makes Your Project Innovative?

CONSUL marked a turning point for the city of Madrid serving as the first channel for citizens to directly take part of debates, submit proposals and decide how to better administer the city’s budget. A particular innovative feature of the platform’s model is that public participation occurs before and during the design and development of the initiatives.

The initiative has taken advantage of the latest cutting-edge technologies available to modernize the municipality and engage citizens through an e-participation tool. The project has also  received the United Nations Public Service Award 2018, and is being used in different UNDP projects.

CONSUL is the result of a collaborative effort led by the Madrid City Council. CONSUL’s open source software has seen contributions from more than 90 governments and civil society organizations from all over the world aiming to improve the code. The open collaboration has created a network of governments and organizations around the world that work and learn together. The network not only takes advantage of online skype meetings to share best practices, but also on-site learning visits.

In Madrid, for example, all citizens (aged +16) are able to register and participate through Decide Madrid.
• Decide Madrid has promoted greater inclusion of underrepresented segments of the population, including women and youth.
• Civil society, in particular local neighbourhood organizations
• Government officials were involved in its design and are important users of the platform to better understand citizens’ needs.
• The media has played an important role in disseminating information.

• The platform has achieved a high level of participation in Madrid, with more than 400,000 people registered.
• Regarding the proposals feature: as of November 2017, almost 20,000 proposals were submitted since the launch of the platform in 2015. The Decide Madrid platform was very successful in leveraging the participation of citizens in a project to remodel the city’s Plaza de España, where 26,961 citizens voted and commented on the proposals.
• Regarding the participatory budgeting feature: From 2016 to 2018 the amount allocated to these projects rose from €60 million to €100 million and the total number of participants rose by 100% from 45,531 to 91,032 people. This initiative was able to reach several segments of the population, as 49.12% were women and most participants were those between the ages of 35 – 39.
• Due to its high success, the platform has been exported to over 100 governments.
• CONSUL received the United Nations Public Service Award in 2018.

One important challenge in Madrid has been the resistance to the online platform by several traditional neighbourhood associations, which were used to face-to-face interactions and mediation processes. To address this issue, the Decide Madrid team set up several face-to-face deliberative spaces (i.e. local forums, physical voting booths) which aim to be more inclusive and cater to the different needs of stakeholders involved. The aim with any e-participation tool should be to promote collective deliberation and foster bottom-up exchange of proposals to guarantee a diversity of participants.

Set clear objectives, develop a plan, and adopt processes to citizen’s needs: A stakeholder-analysis is relevant to identify different needs from audiences. Involving the user as part of the design and operating with full transparency ensures the initiative’s continuity. Furthermore, engaging with traditionally underrepresented groups such as women and youth are key to encourage participation at all levels.

Ensure buy-in and support (i.e. including leadership): The success of Decide Madrid was backed by a strong political vision. Other conditions include working closely with lawmakers to align with regulation, ensure necessary human and financial resources are in place as well as communication resources to promote the platform.

Choose the right tools: The right software and user-friendly features of the platform help improve the user’s experience, understanding of the issue and consequently creates spaces for them to engage.

As part of its commitment to OGP, the Madrid team has shared its platform with other governments worldwide. Today more than 100 authorities are making use of this platform, in places such as Buenos Aires, Paris, Torino, Jalisco, La Paz, Nariño, Porto Alegre, Valencia and Oviedo. Its recent adoption in April 2018 by Uruguay at a national level displayed the high potential to scale up efforts, followed by Colombia.

• E-participation platforms using the open source software CONSUL stand to benefit greatly from collaboration between intermediaries – including civil society, the media and government officials on a continuous basis.
• A key to the success of any e-participation platform is to involve the end users and all relevant stakeholder in its design to ensure buy-in. It is also important to consider the needs of the different stakeholder groups to maximize the initiative’s impact, for example including those of underrepresented groups and users who would prefer face-to-face mediation opportunities.
• Successful e-participation platforms have viral potential and can quickly spread to other sectors and applications, or be replicated in other countries.

It only takes a few minutes to complete the form and share your project.