> OPSI Blog > Wanted: examples of blockchain in government (both ones that worked, and ones that didn’t)

Wanted: examples of blockchain in government (both ones that worked, and ones that didn’t) 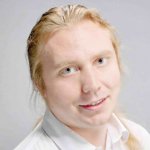 Written by Juho Lindman, Associate Professor of Information Systems Science at the University of Gothenburg on 26 February 2020

Emerging Tech, Updates on the OPSI

The OECD maintains an ongoing interest in the use of blockchain technology, including through the ongoing activities of the Blockchain Policy Centre. Specifically for the public sector, OPSI and the Digital Government team respectively have published Blockchain Technology and Its Use in the Public Sector (2018) and State of the Art in the Use of Emerging Technologies in the Public Sector (2019). The former identified over 200 interesting blockchain-related initiatives in 46 countries, and although more projects appear every year, not all of them are delivering on their ambitions. Indeed, as discussed in a recent blog post, evidence of large-scale disruptive innovations in government are missing, especially projects that have moved to implementation and gained users beyond testing. Many projects are stuck at the proof-of-concept, prototype, or pilot stage, or have fizzled out entirely. This, combined with blockchain sector controversies, has led to skepticism among many government officials.

We believe this skepticism must be taken seriously and investigated in more detail to determine whether it is warranted. With this research, we hope to provide more information about the specific use cases and government actors who have managed to reach the implementation stage of blockchain projects, as well as those who have struggled to implement the technology. The plan is to cut through the hype in order to discuss the current state of the uncertain promise of a blockchain for the government.

We are now approaching you for your assistance in collecting experiences and perspectives from teams that have engaged with blockchain. We are looking for details on three things in particular (in the order of importance):

If you’re interested, please e-mail me ([email protected]) with your story in confidence, and I will get back to you.